“Not old music, not new music, just good music” , is the Random Movement DJ’ing motto. This ideology has carried his career to multiple performances at major club’s and festivals across 4 continents. Ever since climbing onto the soulful drum and bass vibe 9 years ago, his production skills and DJ technique have pushed him to the forefront of state-side drum & bass. Drum n bass music lovers – both old and young, pack the clubs to hear his particular deep and uplifting vibe as he takes the crowd to big grins and smiles all around. With help from friend and fellow producer/DJ Marky, the epic Bassbin smasher “Stars in the Dark” hit in 2005 and flew up the charts, helping to put Random Movement firmly on the map. Since then the releases and collaborations have been pouring forth, with projects including Mixmaster Doc, S.P.Y and Redeyes to name a few. His tracks have turned many heads to his unique skills in both his songwriting and production, and his soulful, smooth and sleazy vibes have landed him releases on such labels as Innerground, Liquid V, CIA and Integral. Be sure to keep an ear to the ground for his already lengthy list of remixes & singles forth coming.

DJ Stress (aka DeepField) has been a part of the electronic dance music scene since 1992 beginning in the Washington, DC area. He began his DJing career when he learned how to spin in 1994, but it was the UK Hardcore/Breakbeat sounds that he fell in love with. He continued to follow those styles as they evolved into Jungle/Drum & Bass and started buying records in that genre. Shortly after he got his skills on the decks down, he teamed up with the infamous 2Tuff Crew (with DJ Slant) and became a prominent figure & DJ in the Washington, DC area’s Drum & Bass scene.

In 2003, DJ Stress moved to NYC and eventually teamed up with DB (of Breakbeat Science) in 2006 and helped him throw The Secret Night of Science at Love for 2 years. He also lent a helping hand to the Drum & Bass event Alteration at the Sullivan Room.

At the end of 2010, DJ Stress decided to move back to the Washington, DC area where he continues to play a part in the EDM scene.

Joanna has been playing vinyl records for underground dance music enthusiasts for the last decade. Her vinyl boutique – Turnstyle has been serving up the fresh underground musical selections in downtown Richmond for the last seven & a half years. You can hear her live every Saturday night on her FM radio show “Frequency” on 97.3FM at 7pm (since 2005), and monthly in front of Turnstyle for the First Fridays Artwalk. She has played many diverse venues ranging from the Virginia Museum of Fine Arts (2009,  2010), to local art galleries, nightclubs, festivals, and lounges and has held down many residencies in the city. Her fine track selection and technical mixing skills have earned her spots alongside many notable dance music greats, both in and out of state. Not just a pretty face behind the decks…she is known for her smooth sweet drum n bass sounds. Her sound is inspired from the city’s nightlife, urban fashion and downtown living, and is heavily influenced by UK artists like Lenzman, Netsky, Seba, and the sounds of Donnie Dubson. She is passionate about spreading the word of soulful drum bass in VA & beyond.

Bruce is always a Richmond Favorite behind the turntables for his dedication to the atmospheric sounds of dnb.

Having been an ambassador to the deep sounds since the late 90’s, he is well versed in deep dnb. His past DJ appearances span from Florida to D.C.,and range in venues from the smallest of lounges to One off underground clubs & parties. His Drum n Bass Conference in VA was well received in 2001 for uniting junglists in the region. An original dnb OG returns to Rva to drop the deep beats.

A Richmond favorite returns! DJ Cadence has been performing as a dj since 2005, In this time he has had the opportunity to play drum & bass with some of his favorite dnb dj’s & producers. His sound and musical style can be best described as liquid funk, but he has the ability to take the listener across the drum & bass spectrum. His set at the first Drums! Event in Rva featuring Stunna was so bangin’…he had to play the next one.

Patrick has been spinning records for 12 years and producing for 5 years. His versatile drum and bass flavor has been moving dance floors from Seattle to Hampton Roads for the past decade. He also promotes and throws events in the Hampton Roads area. Be on the lookout in 2011 he is on a mission to elevate the drum and bass scene in the 757 to new heights.

UDC is a group of professional dancers, long standing within the Richmond underground scene who seek to revive the truly highest mission of “going out to the club” …which is to get your ass on the floor and dance! Giving full respect to the DJ, the beats, and the vibe they create. Featuring a few members of The Latin Ballet of VA.

Additional sound provided by TURNSTYLE. Lighting and Lasers by DREAMBEAMZ 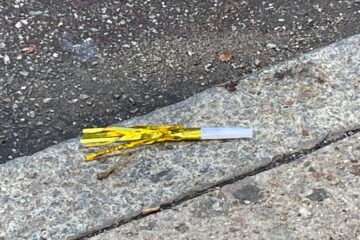 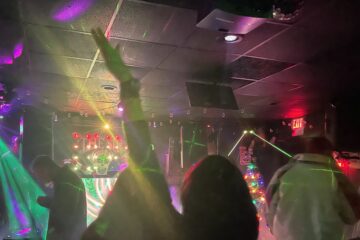